PA held its annual Editorial Awards on Thursday 2 February to celebrate the fantastic accomplishments of the year just gone. 2016 was another extraordinary year for stories, and the breadth of entries again highlighted the outstanding work of the journalists and photographers who pull out all the stops to make sure PA remains one of the most respected brands in the media industry.

Here is the full lineup of winners across the 12 categories in this year’s Awards, along with some of the judges’ citations. Social Media Journalist of the Year

Anna was nominated for using social media to spot a range of stories, like the tale of this May to December couple

What the judges said: “Anna showed real creativity in the way she used social media to source some amazing exclusives that brought in thousands of pounds for PA. She also gathered all the elements to turn them viral around the globe. One big hitter in particular – involving a tampon – made the top story on the Mail Online and got over 1 million views on BuzzFeed.”

(Wayne Gardiner was highly commended in this category)

Production Journalist of the Year

Stuart’s ideas for the way we deliver match reports are making a great impact on PA’s enhanced feeds.

What the judges said: “Stuart developed a new way of presenting match reports in the enhanced feeds. His innovative approach uses graphics, Tweets and live pics to illustrate Premier League roundups. It has completely redrawn how we do match reports for digital customers.” 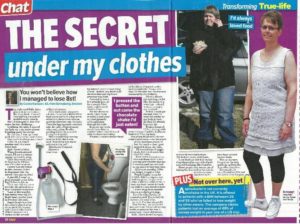 Features Journalist of the Year

Victoria works in our Real Life team which consistently delivers great stories, along with compelling video.

What the judges said: “Victoria’s dazzlingly original approach produced two of the outstanding stories of the year – a naked wedding, where the bride was 26-stone and woke from a coma to marry; and the dieter who empties her stomach through a wine-box tap after every meal. She impressed the judges with her great ideas and ability to win the trust of interviewees, resulting in first-rate exclusive features with strong visual impact.” This category celebrates the outstanding results of a PA journalist being in the right place at the right time, and doing the right thing. Catherine took the prize for bringing the world the goal-scoring horseman of Lille during the European Championships in France. Click the link to see the video on Twitter.

What the judges said: “Catherine came out on top for the sheer joy and madness of the goal-scoring horseman of Lille. A wonderful moment, generating huge pick-up by our customers and creating a viral sensation.”

Video Journalist of the Year

What the judges said: “Tom has a rare combination of editorial judgement, production skills, and a conscientious attitude. In his new role as Senior Video Producer, Tom not only helps manage the desk, he also shoots and edits a consistently high calibre of video… whether it be a drone over the abandoned West Pier in Brighton, or a touching tribute to the victims of the Aberfan disaster.”

A sample of Tom’s work – his tribute to the victims of the Aberfan disaster – can be seen on our Video Portal.

Specialist Photographer of the Year

What the judges said: “There are no tougher assignments than the royals where an event can go from the humdrum to the front page in a heartbeat. These pictures show a photographer at the very top of his game.”

Sports Photographer of the Year

What the judges said: “David’s knowledge and complete understanding of sport is highlighted in his award-winning set. He regularly demonstrates his natural ability to step away from the “norm”, delivering eye catching moments every step of the way.”

News Photographer of the Year

What the judges said: “Dominic has had a brilliant year; he has the ability to pluck the extraordinary from the routine and deliver a picture that no-one else has seen happen.”

Picture of the Year What the judges said: “The referendum was one of the stand-out events of 2016 which will change the course of history and Stefan was in the right place at the right time for the key moment and this remarkable picture of Nigel Farage.”

(Dominic Lipinksi was highly commended in this category) Exclusive of the Year

PA had exclusive access to Ed Sheeran’s only concert of 2016 at the Natural History Museum. The event came shortly after reports that Sheeran accidentally had his face cut open by Princess Beatrice at a party.

What the judges said: “A brilliant exclusive for words, pictures and video, highlighting the power of PA to readers, users and viewers across the world.”

Sports Reporter of the Year 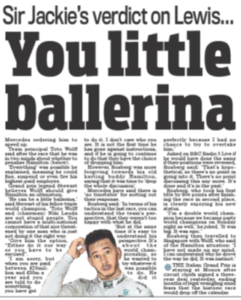 What the judges said: “Phil continues to set the agenda with his reporting of F1… His interview with Sir Jackie Stewart, in which he labelled Lewis Hamilton a “little ballerina”, was widely picked up, and his coverage of Hamilton’s Snapchat press conference was perfect for online and traditional customers.” 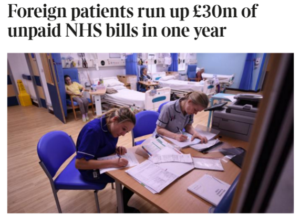 News Reporter of the Year

What the judges said: “Jane used FOI and other sources to uncover facts and figures that actually matter to patients. In the process she produced a series of agenda-setting exclusives which shaped the news agenda, making lead stories and prompting follow ups, letters page debates and Twitter polls for days afterwards.”
Jemma Crew was highly commended in this category.

What a year that was! 2017 has already thrown up many gems, so we look forward to reporting on the Editorial Awards 2017 this time next year.