Stefan Rousseau’s pictures from the Westminster attack won him the accolade of ‘Photographer of the Year’ at The Press Awards on Tuesday night (13 March).

Organised by the Society of Editors, the annual awards ceremony celebrates the best of UK national journalism.

PA’s Chief Political Photographer fought off competition from the Daily Mail, The Sunday Times, Reuters and The Evening Standard.

The judges said of Stefan’s winning entry, “Rousseau was in the right place at the right time, and his pictures of the Westminster attack were filed as the drama unfolded. The defining images of the day that terror came to the mother of parliaments included an MP fighting to save the life of a stabbed policeman as an officer trains a weapon on the attacker lying nearby”. 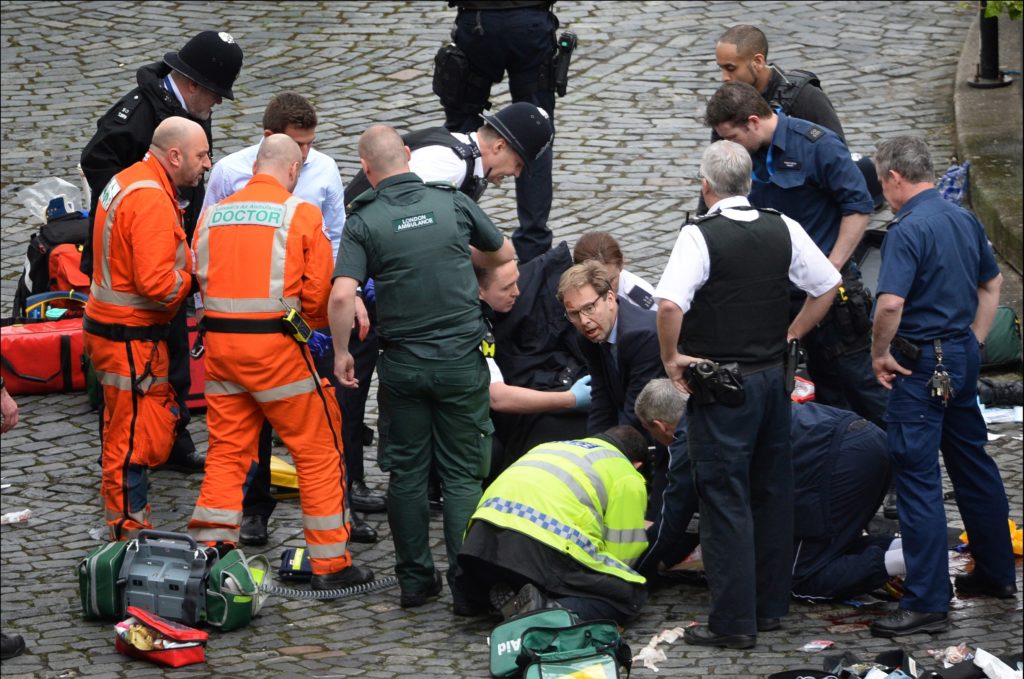 Accepting the prize, Stefan thanked PA’s Picture Editor Martin Keene for always having his back. PA’s Health specialist Jane Kirby was also shortlisted for the ‘Health Journalist of the Year’ prize. The judges cited her FOIs on hospital parking and private ambulances, as well as her exclusive on a couple who became parents with the help of two lesbian surrogate mothers.

The full list of winners from the night can be seen here.