Congratulations to PA staff photographer Jane Barlow who is among the final five in the running to be named ‘News Photographer of the Year’ at Scotland’s foremost industry awards. The Scottish Press Awards were established by the Scottish Newspaper Society (SNS) to showcase the nation’s best journalistic talent. The full shortlist can be seen here and winners will be announced at a gala ceremony on 11 May.

See the portfolio that earned Jane her nomination below. A Syrian child refugee plays with his ball in a settlement camp in Koura, near Tripoli (05.12.16) Ewan McGregor films a scene on the streets of Edinburgh with co-star Ewan Bremner, for the long awaited Trainspotting 2 film (13.07.16) Bucker Jungmann pilot Gavin Hunter takes a practice flight over the Bass Rock off the East Lothian coast ahead of his appearance at Scotland’s National Airshow at East Fortune, East Lothian (19.07.16) First Minister Nicola Sturgeon delivers a speech to key businesses in Edinburgh on the impact of Brexit on Scotland’s businesses (26.10.16) 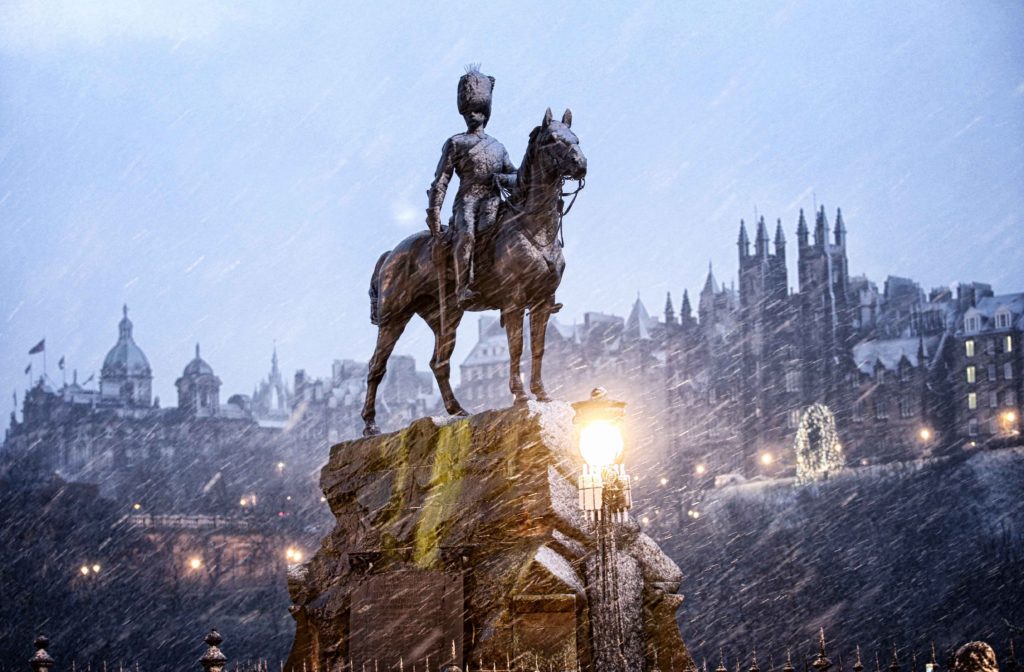 The Royal Scots Greys Monument on Edinburgh’s Princes Street gets a covering of snow on Boxing Day morning (26.12.16)